The Open Forum is the first of Actors’ Gang Axis Mundi 2017 season, a series of speaking events, lectures, and documentaries intent on encouraging civic engagement and public dialogue.

The event is meant to engage the audience in an open dialogue about social justice issues and the dynamics and importance of public discourse in the current political landscape. Sister Helen and Tim Robbins will also share insights on their collaboration in developing the Academy Award winning film “Dead Man Walking” and the subsequent stage adaptation which over the past ten years has been performed in over 170 universities nationwide. Universities are given permission to perform the play only if two academic departments in addition to Theater Arts offer courses on the death penalty. Each performance of the play creates interdisciplinary forums in which students, faculty from different departments and guest lecturers discussed issues surrounding the death penalty.

All Actors’ Gang Axis Mundi evenings will be presented as “Pay What You Can Nights”, a platform developed with the purpose of making performances accessible to all, regardless of socio-economic status.

TICKETS are “Pay What You Can” and are available online at www.theactorsgang.com or by phone at 310-838-4264

This time, last year, we were rehearsing Dario Fo's CAN'T PAY? DON'T PAY! In a year when theater wasn't quite what we expected, we may be physically at home but our raucous hearts are here! Here's to a brighter 2021! https://t.co/tCs8Z3wtbA 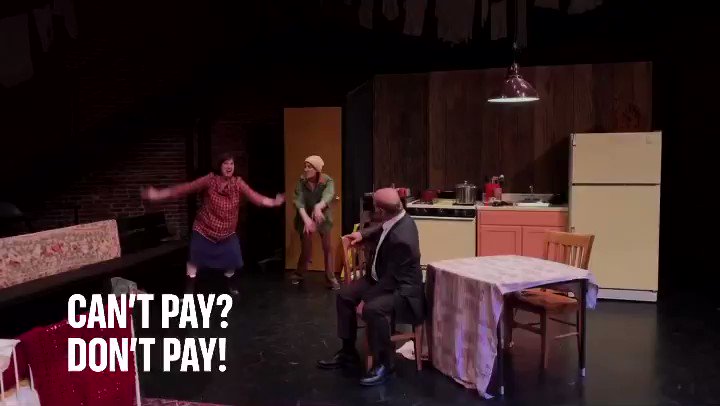 One last chance to join us for BOBBO SUPREME. THIS SATURDAY, January 16th at 7 pm! Tune in to listen to this incredible piece of art This final stream will be followed by a special talkback with Tim Robbins and select cast! Pay What You Can Tickets here -> https://t.co/hWMpAlDkW8 https://t.co/d0y3LYM7fZ 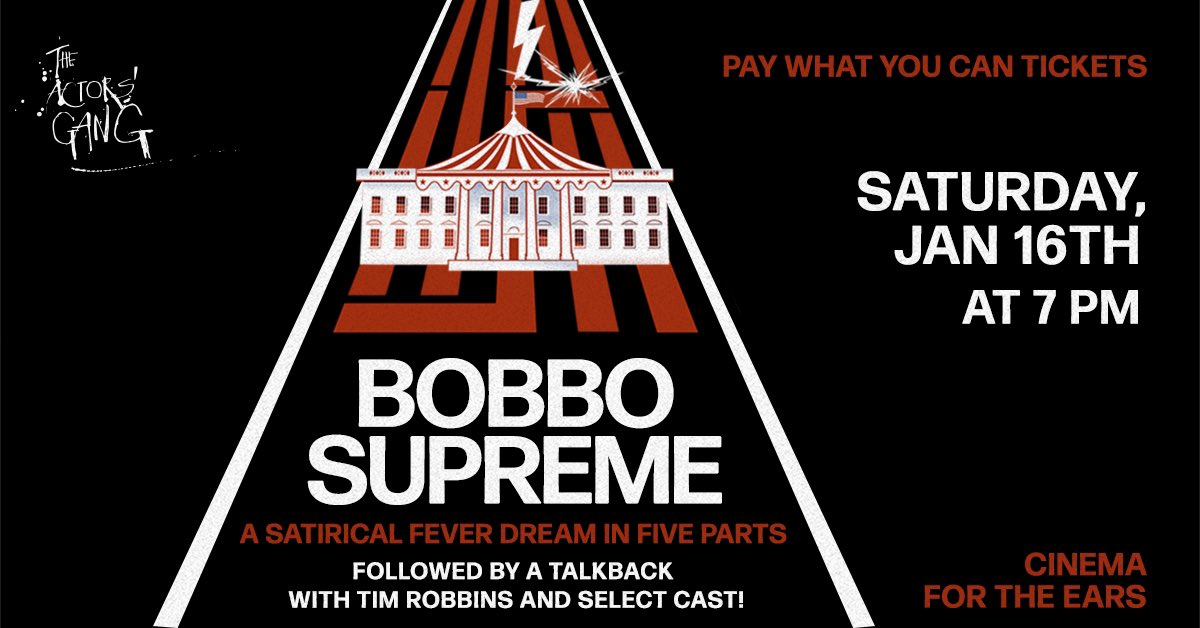 We are excited to announce our Virtual Saturday Classes for Teens, ages 13-17.  These classes provide a safe space for teenagers to exercise their imaginations, express themselves creatively, and build their self-confidence. Sign up at https://t.co/9cyJsfY7fM https://t.co/uJ7L5VGeQt 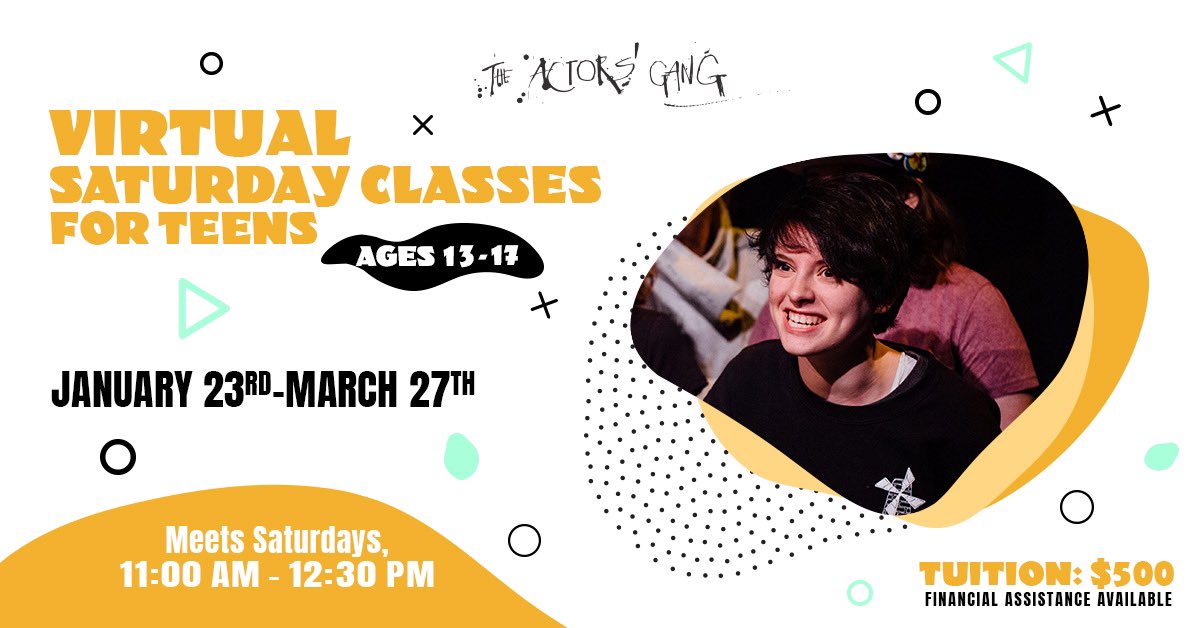 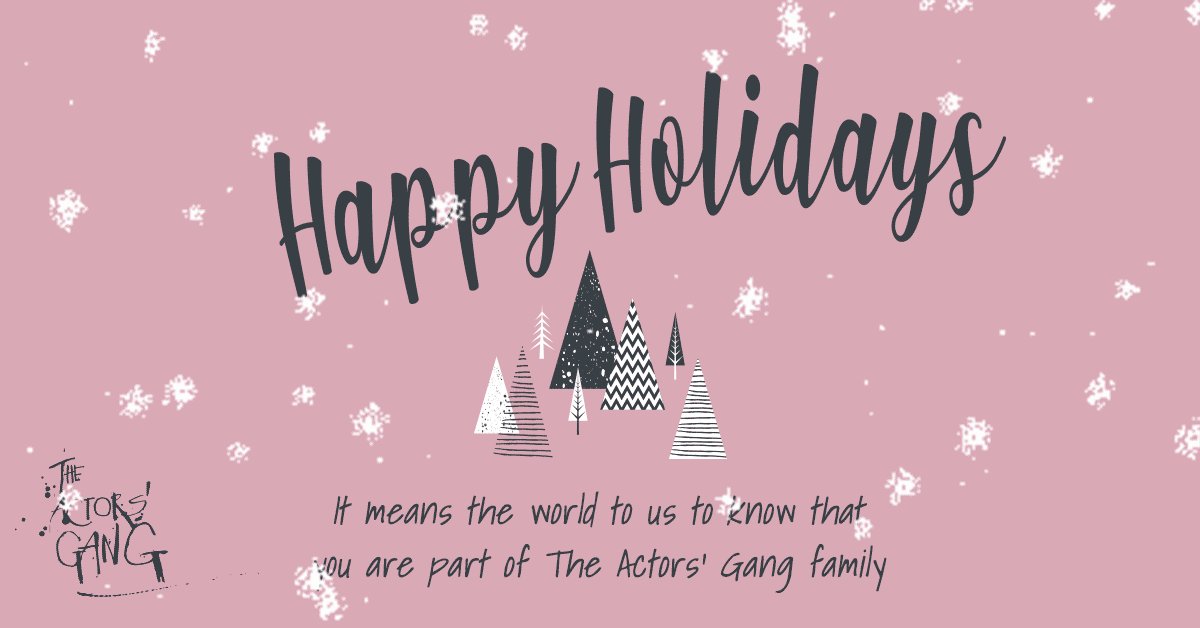 We’ve got the perfect holiday gift for the family this season, no packaging or shipping required-twinkling lights, hot chocolate, and cozy memories made together. Now through Jan 15th, the Hot Chocolate Holiday Club is available to stream for free!  https://t.co/AarEUlm6op https://t.co/eunAEO0bWv 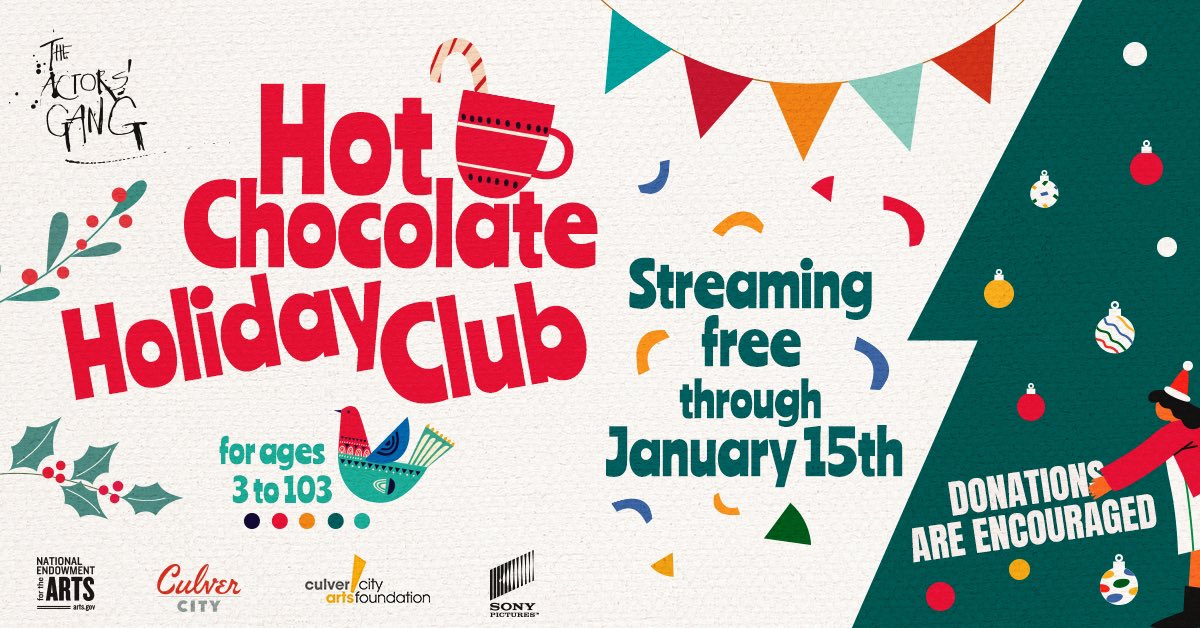